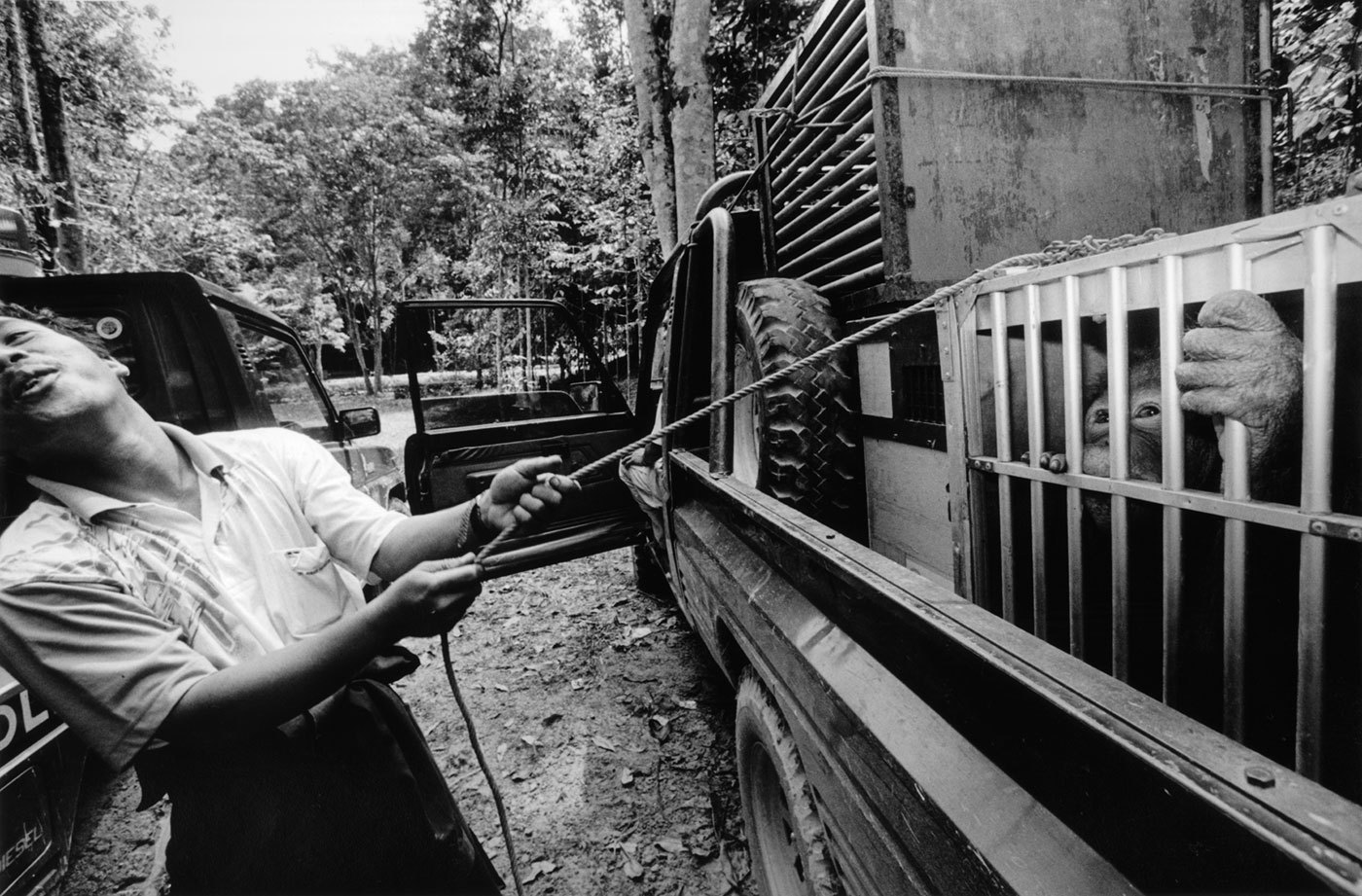 Rescue of an orangutan who was found starved and held by a restaurant owner in his back yard. 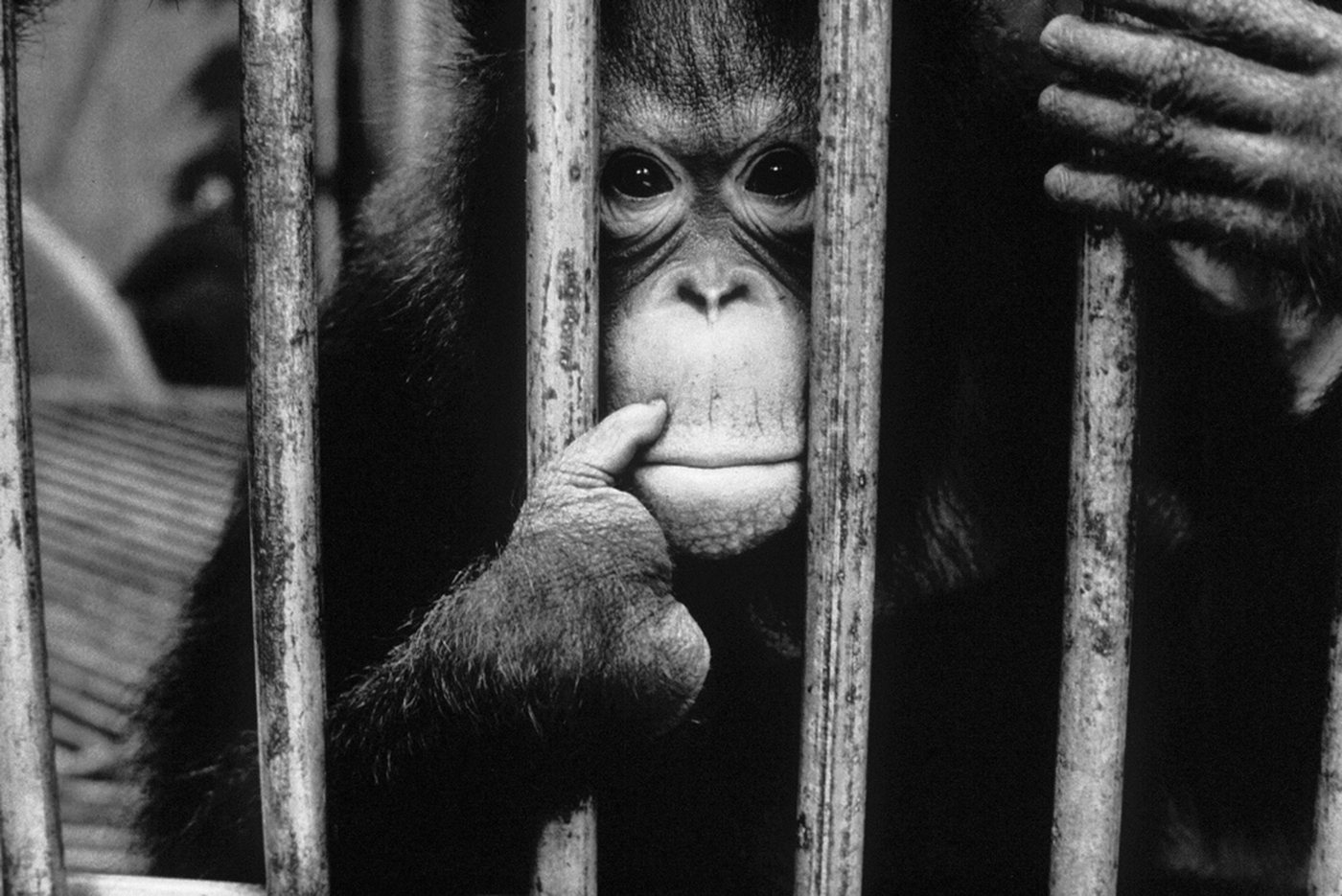 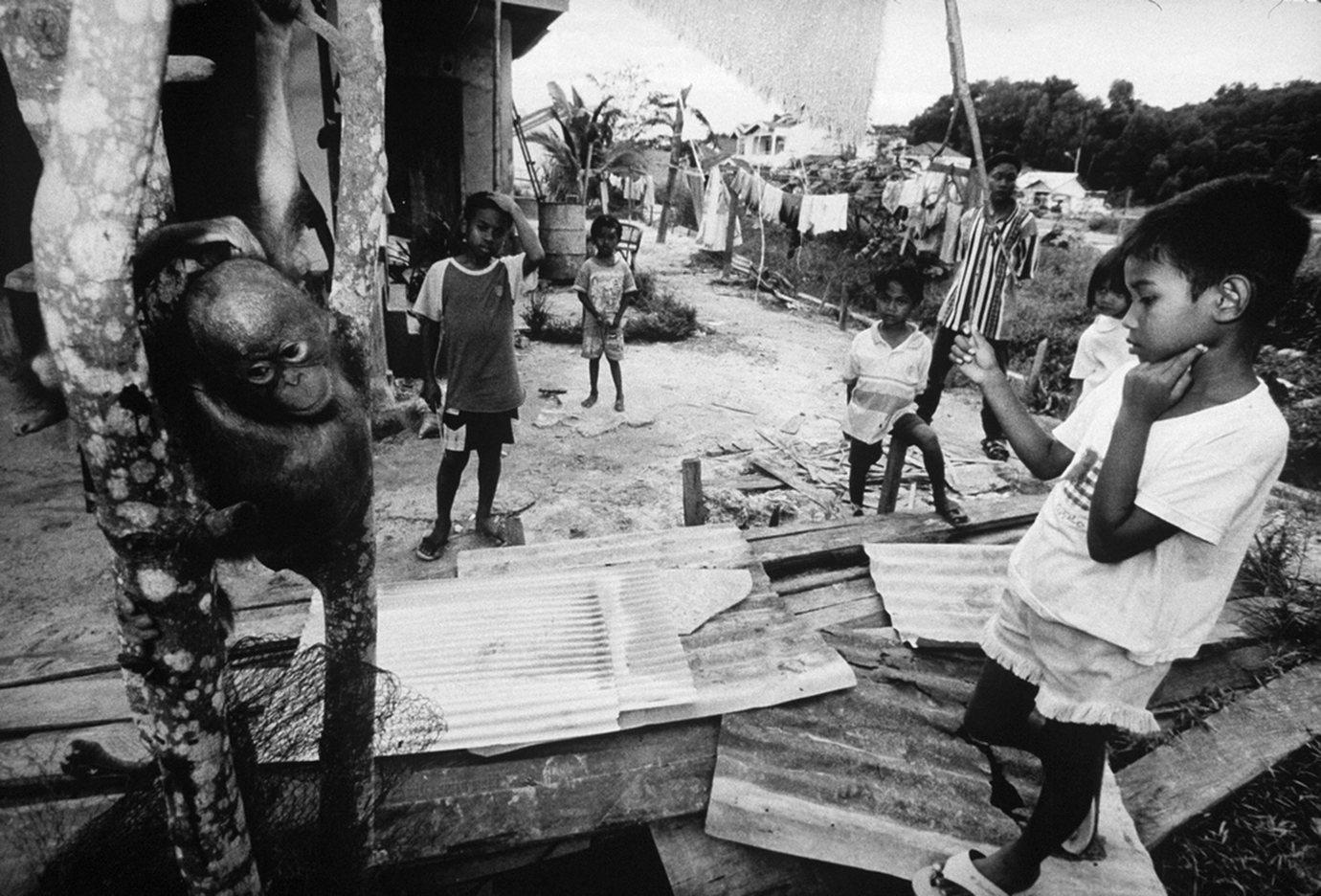 One year old Waanke is an illegal pet with a local, Indonesian family 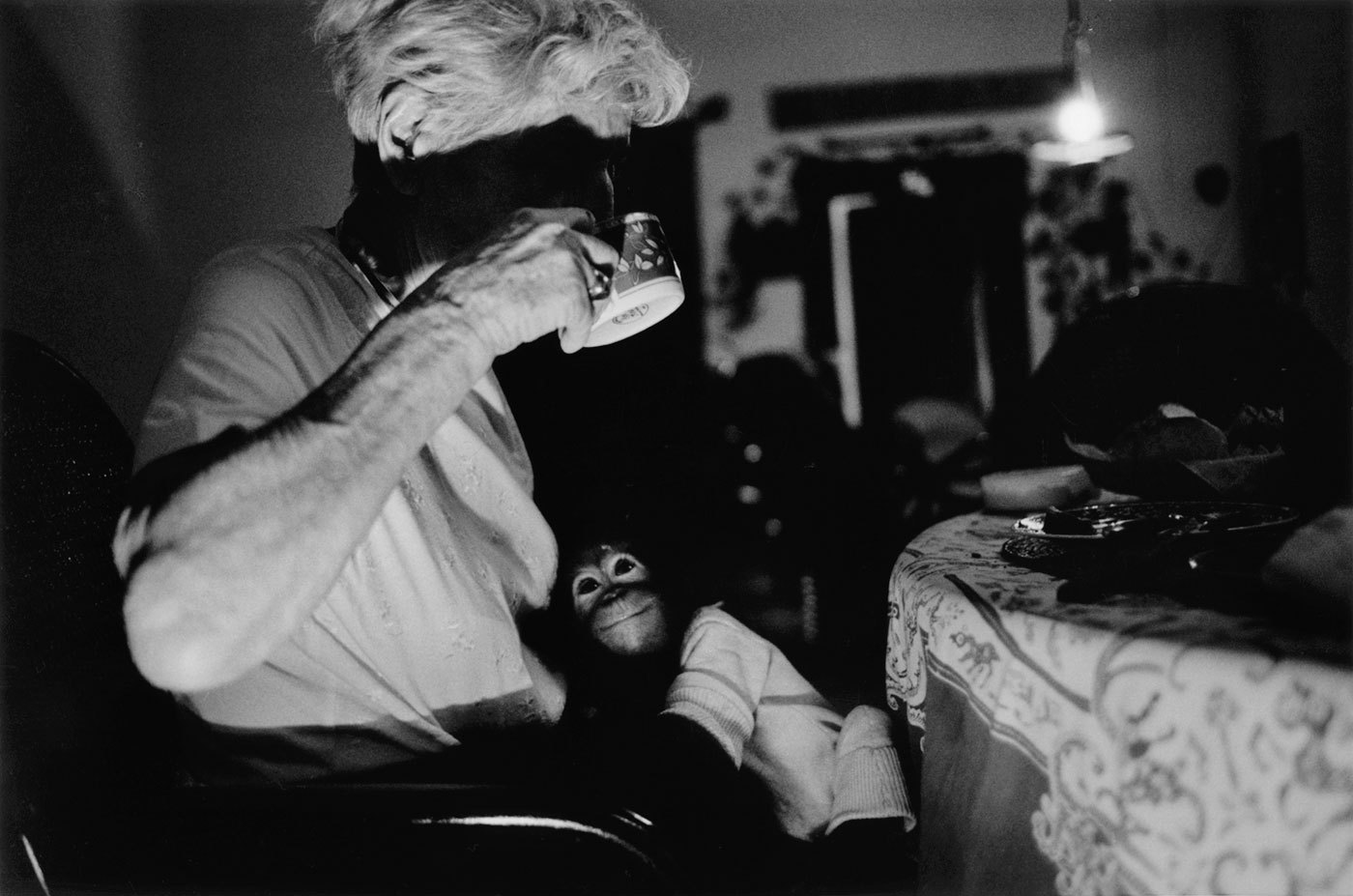 Putto adores having breakfast with Ulla 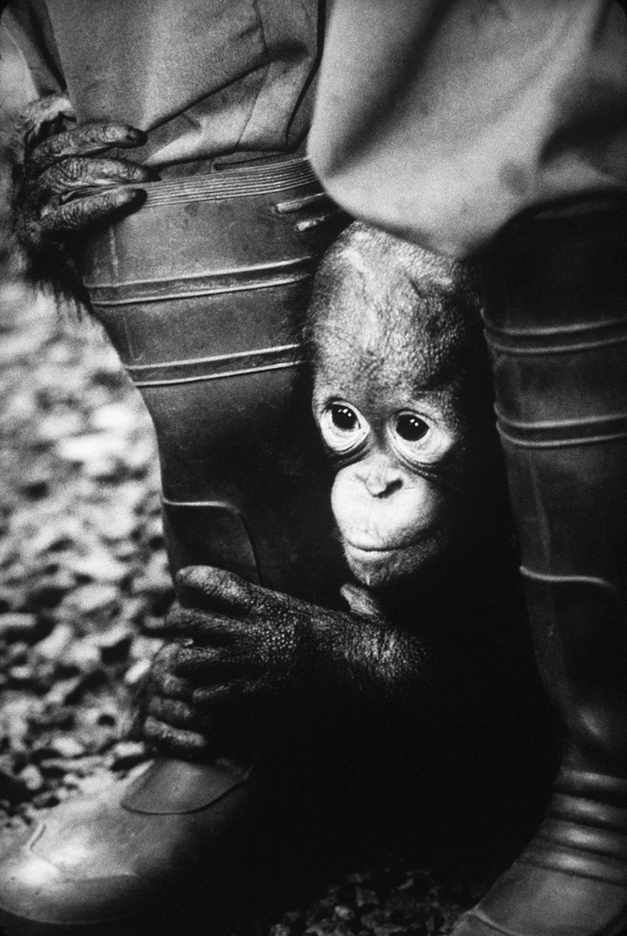 Jamiat clings to his handler's boots for reassurance Dr. Willie is greeted affectionately on his visit to the halfway forest 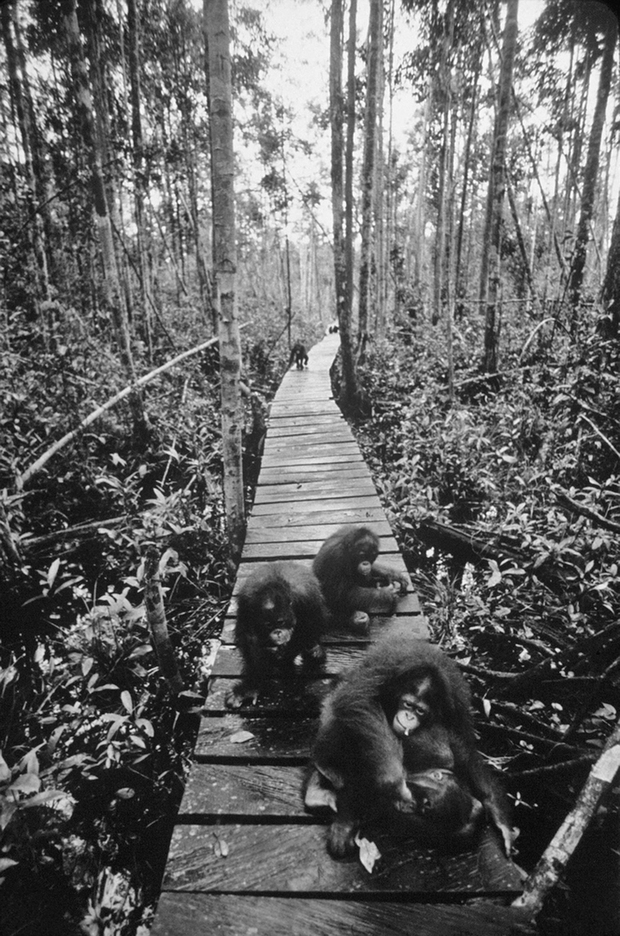 When it's raining, rescued orangutans prefer hanging out on the boardwalk to climbing wet trees 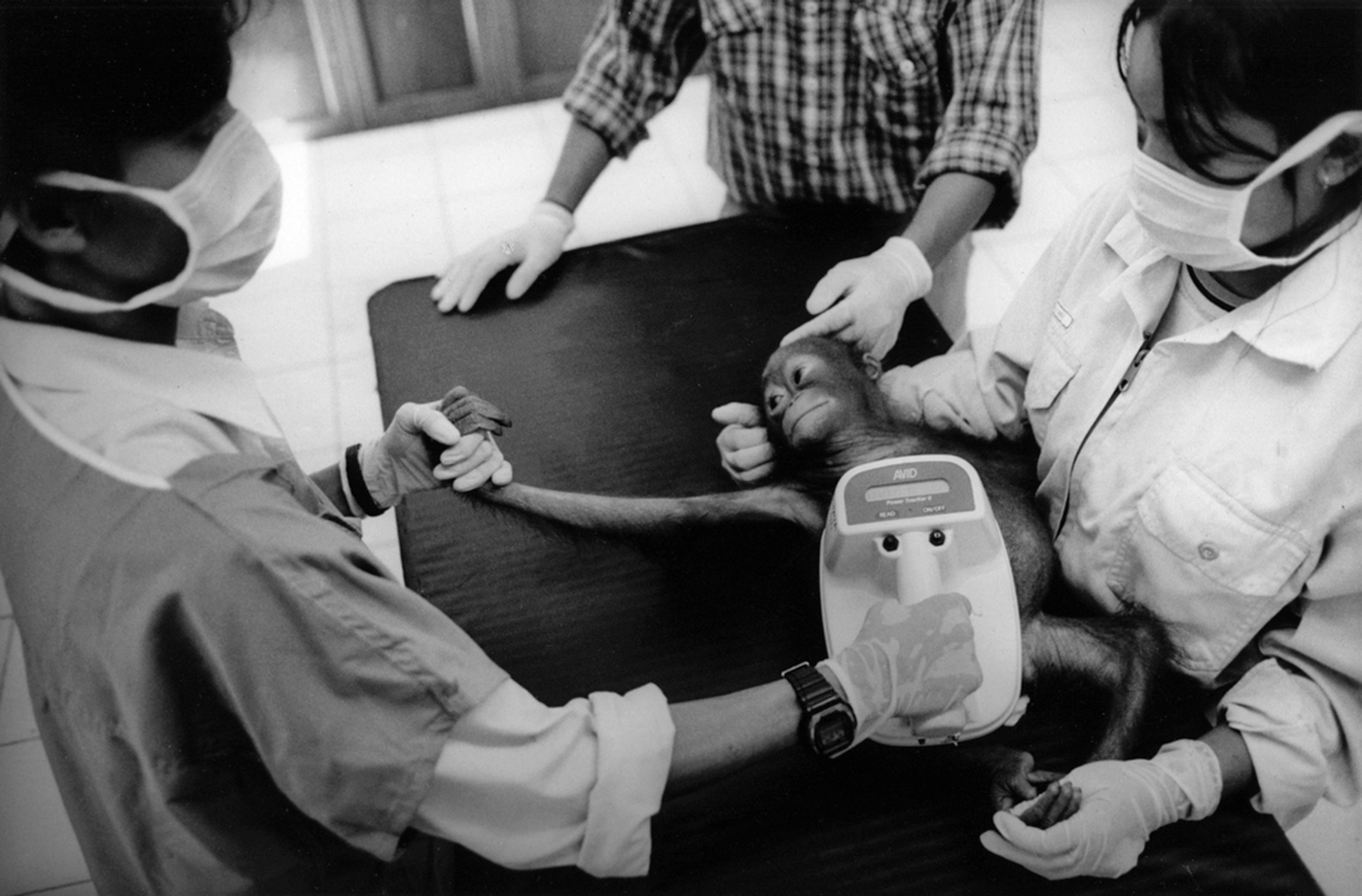 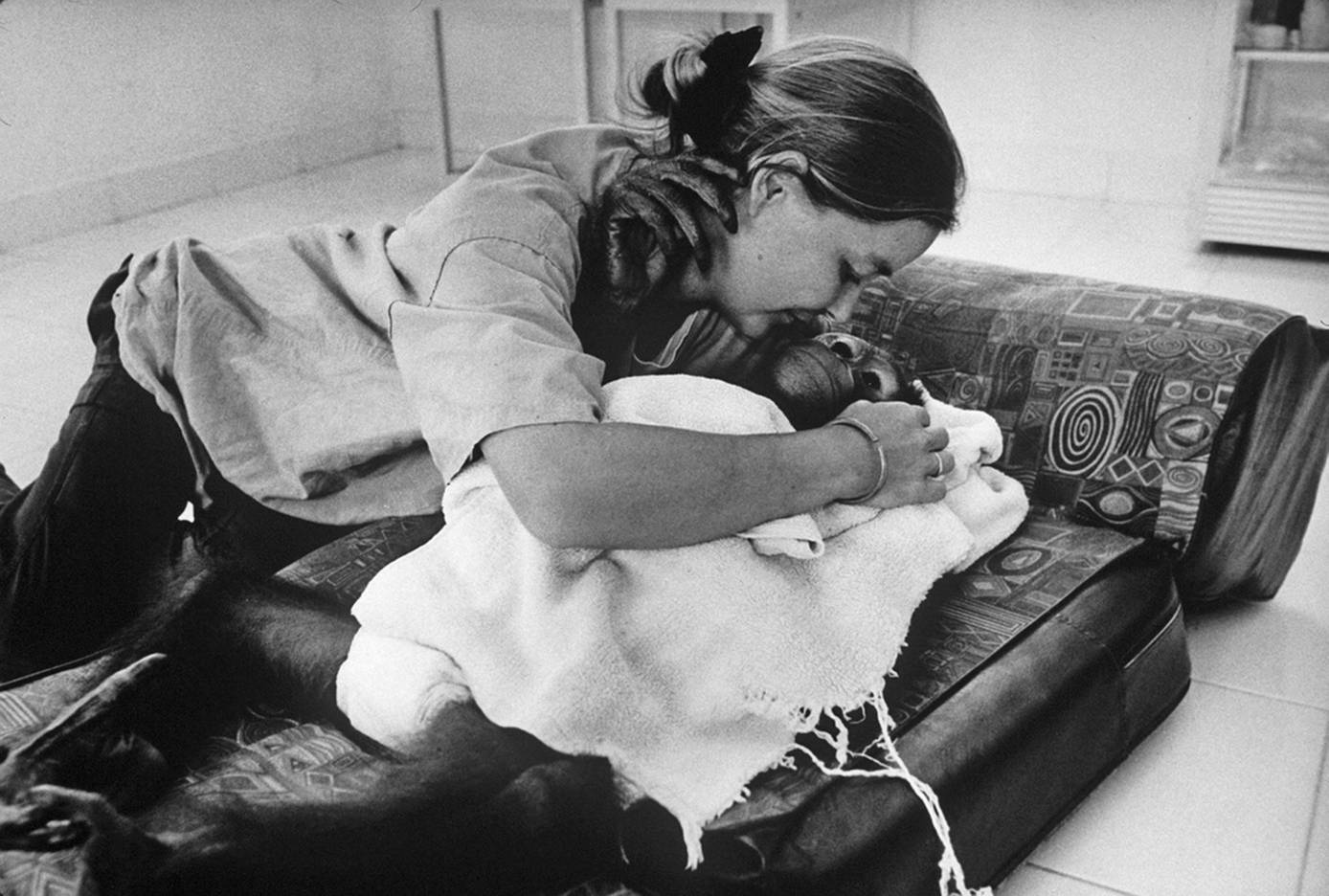 At night Lorne continues working from her home 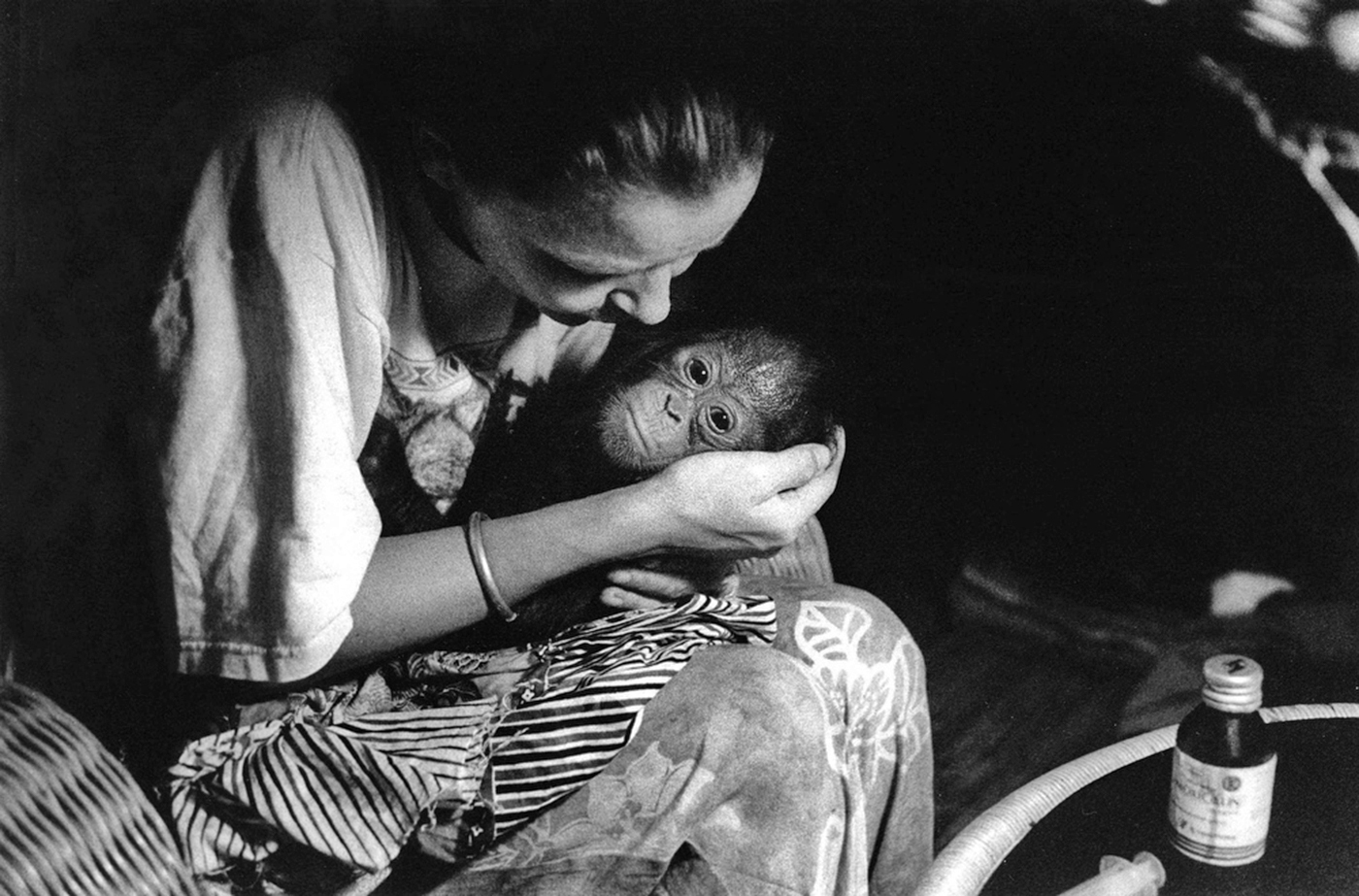 Late into the night Lorne comforts Metizen who is very ill 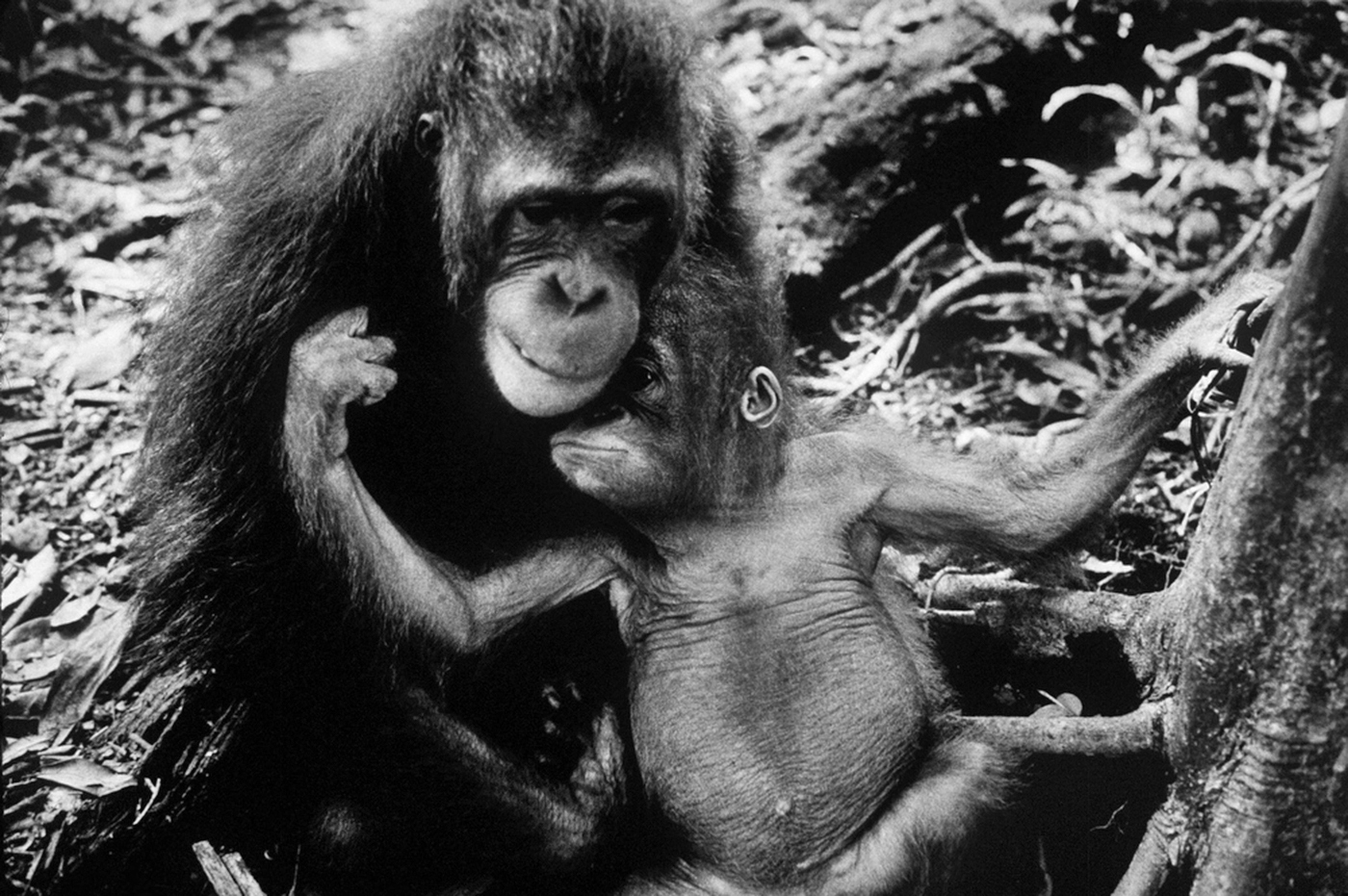 Oyoi learning to climb and which leaves are eatable As a good surrogate mother, Yati introduces Oyoi to new fruit in the manner his mother would have Yati spends her days as a babysitter Too independent to continue sleeping in her home, Lorne brings Utung to the halfway forest where he will spend his first night away from her Lorne checks to see how new arrival Utung is coping
There are only 15,000 wild orangutans left living in the forest. At the rate that they are being killed, captured, and with the destructive deforestation continuing, they will be extinct within the next 15 years.
The word orangutan means ‘people of the forest’. This story seeks to illustrate the
humanity of these ‘people’ and the daily struggle of those trying to save them.
I spent three months on the island of Borneo in Indonesia, I saw huge, overcrowded cages full of young, orphaned orangutans. Traumatized babies reached out to any human who would touch or hold them. I spent time with young Indonesian babysitters, who are hired to spend their days as orangutan mother-substitutes. I witnessed the patience and love in caring for sick orangutans.
With the help of two very special people in my story, some orangutans are being rehabilitated and released onto Orangutan island, which is separated from the mainland so as not to mix those who have been in touch with humans and the wild orangutans.
But this is not a success story. " All this looks like a wonderful thing," says Willie Smits, one of the two heros in my story. " The fact that we do have orangutan rehabilitation means that we have failed to do what is important to their ultimate survival, and that is to protect the wild orangutan in its native habitat".